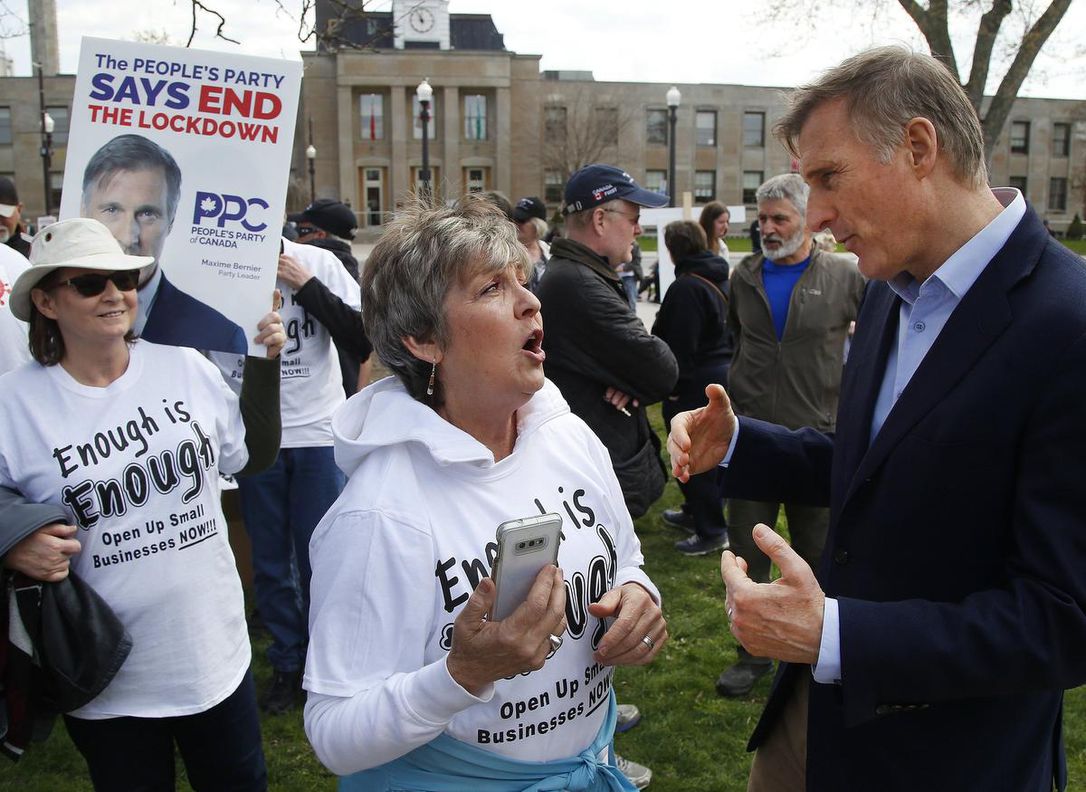 [ Part of The Canadian Far Right in the Time of COVID ]

People’s Party of Canada leader Maxime Bernier said he won’t get a COVID-19 vaccine. He argued that he’s healthy and relatively young and would face a low risk of death if he became infected.

A spokesperson for the PPC pointed to data on the government’s website indicating that 993 people aged 50 to 59 have died from the virus, out of 185,552 in the same age group who have contracted the virus.

The spokesperson suggested that these numbers suggest Bernier faces a low risk of dying from the virus.

Bernier was recently arrested for violating public health restrictions while attending a tiny, 15-person rally against lockdown in Manitoba.

Why would the RCMP arrest him for such an insignificant event, giving him a chance to look like an oppressed rebel to his supporters? Why does Canadian media continue reporting on a party that consistently polls st less than 2%?

Bernier has been attending significantly larger rallies against lockdowns and masks. In June 2021 he spoke in Niagara Falls and at the “True North Freedom Assembly” in Waterloo, Ontario. In April he was in Barrie, ON and Peterborough, ON. These protests have been happening across the country in cities large and small since April 2020, and Bernier is the only party leader who has attended them.

@chrissaccoccia1 is a paid disrupter to prevent a credible, reasonable coalition of people to form political opposition to lockdowns. Him, Lamont, Kelly Ann & a few others have delayed and prevented many other like minded elected members from uniting in common cause

In fact, Bernier and his political ally Randy Hillier seem to have co-opted the anti-lockdown movement from its founders.

With the current minority government of Justin Trudeau’s Liberal Party there are constant rumblings about the next election. Trudeau’s mandate ends in 2023 but an election could be called at any time the government loses the confidence of Parliament.

Bernier has been campaigning for the PPC since he lost his seat in 2019, a campaign which targets the Conservative Party and says they have lost the confidence of the right wing in Canada.

If Bernier can succeed in pulling voters away from the Big Blue Machine then he could have some real leverage in future political bargains. And Canada would be in for some strange times ahead.

View all posts by Lark O'Dell

2 thoughts on “Bernier Grifts the Grifters”